Well its been about three months since our last post! So sorry for not even managing a monthly photo :-(

Today is our rest day and we started with an IKEA breakfast.  Comfort food (English breakfast!)....not rice.... and cheap! ANNNNDDDDD RELAX! Unfortunately there's not much else we can do as Alec badly sprained his ankle playing football and is hobbling around. He's had a number of accidents since being here: a dislocated finger, a piece of wire jabbing his eyeball and a dodgy knee to name but a few. Please pray for safety!!!!

Over Easter we were visited by both our mums which was a real treat.  We had lots of trips out and tried to show, especially Jo's mum, the 'real' Hong Kong.' Alec managed to get two extra days holiday so that was great. Both mums came with loaded suitcases....we even got English sausages and Cheddar cheese (but don't tell customs!!!!) Janis (Jo's mum) stayed on site here at Shing Mun and enjoyed her time with 'the boys.'....not just her grandsons!! 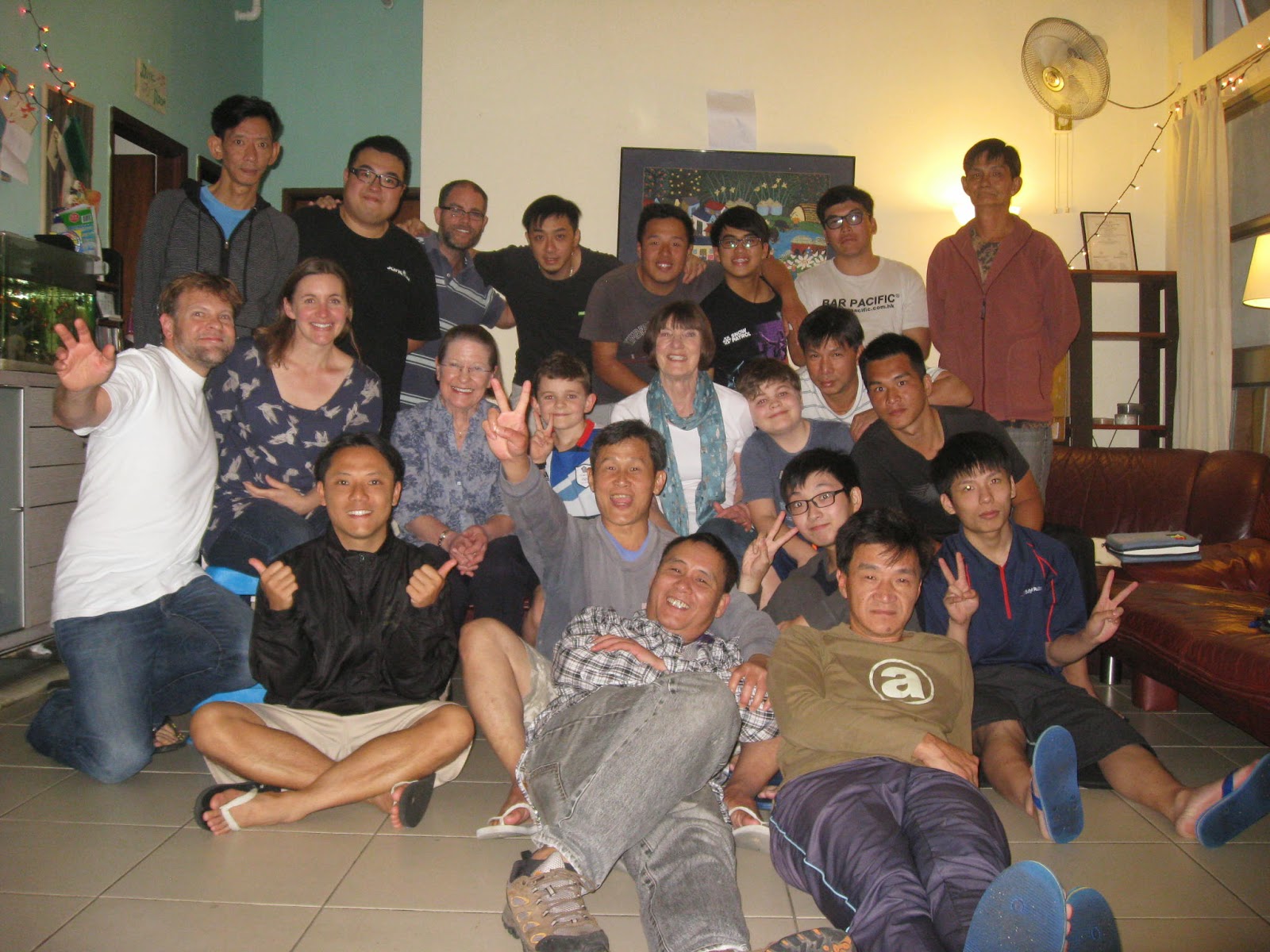 The last three months have been full of change. The number of helpers in the house has varied a lot and at times things have felt stretched to the limit. When there are plenty of helping hands, the guys feel protected and safe (although they often rebel against any authority). When there are less bodies around to 'hold the line' they get unsettled. However, as some helpers leave, others come to fill their places. Currently we have 5 full time helpers, which sounds like quite a lot, but with duties, days off and other responsibilities to juggle it is hard work.  In fact Alec has just had to go off to do an unexpected night duty 10pm - 2.30am due to a volunteer not turning up.

Recently a few guys have left before they were ready. It's heart wrenching to see them choose to go back to their old lifestyles that in one way or another lead to death! Despite that we pray that seeds of hope were sown in the time they were here. An example of this was one guy who came in literally bent over double because of drugs and a chronic back problem. He was in his 50's and taking $2,000HKD of Heroin a day (about £200 and that's about 10x what we normally see the guys taking!).  He should really have been dead. After 10 days and much prayer he was walking straight and looking better... but still on the eleventh day he decided he wanted to leave.

A lot of the guys have not had good upbringings.  One guy sat sobbing during a meeting the other day.  His parents had not wanted him and when they separated the mum kicked him out of the house (aged 10).  He went to live with his dad who sadly mistreated him very badly. What an honour it was to sit with him, put an arm round him and cry with him.  God knows how deeply he is hurting and is able to heal those wounds.


One big and new piece of news is that we decided to look at some local schools for the boys next year. It's most likely we'll be here (HK) for longer than we'd first thought. Jo does not feel able to homeschool at the secondary level (those maths equations are just too scary!), so we thought we would push some doors. We ended up applying to a school called ICS (International Christian School) just 15 minutes away from us. When we visited we found it to be a really wonderful place. The boys also loved it and have both passed the entrance test.  However we found out this week that while Samuel has a place, there isn't a place for Reuben at present.

The boys have had a great time over the last month due to a family from the UK staying here.  Their three children aged 9, 7 and 4 have been great company for them.  It's been like an oasis in the desert! Sadly they leave on Monday :(


We're coming back to the UK in July (14th) so we hope to see some of you then and have a proper catch up! 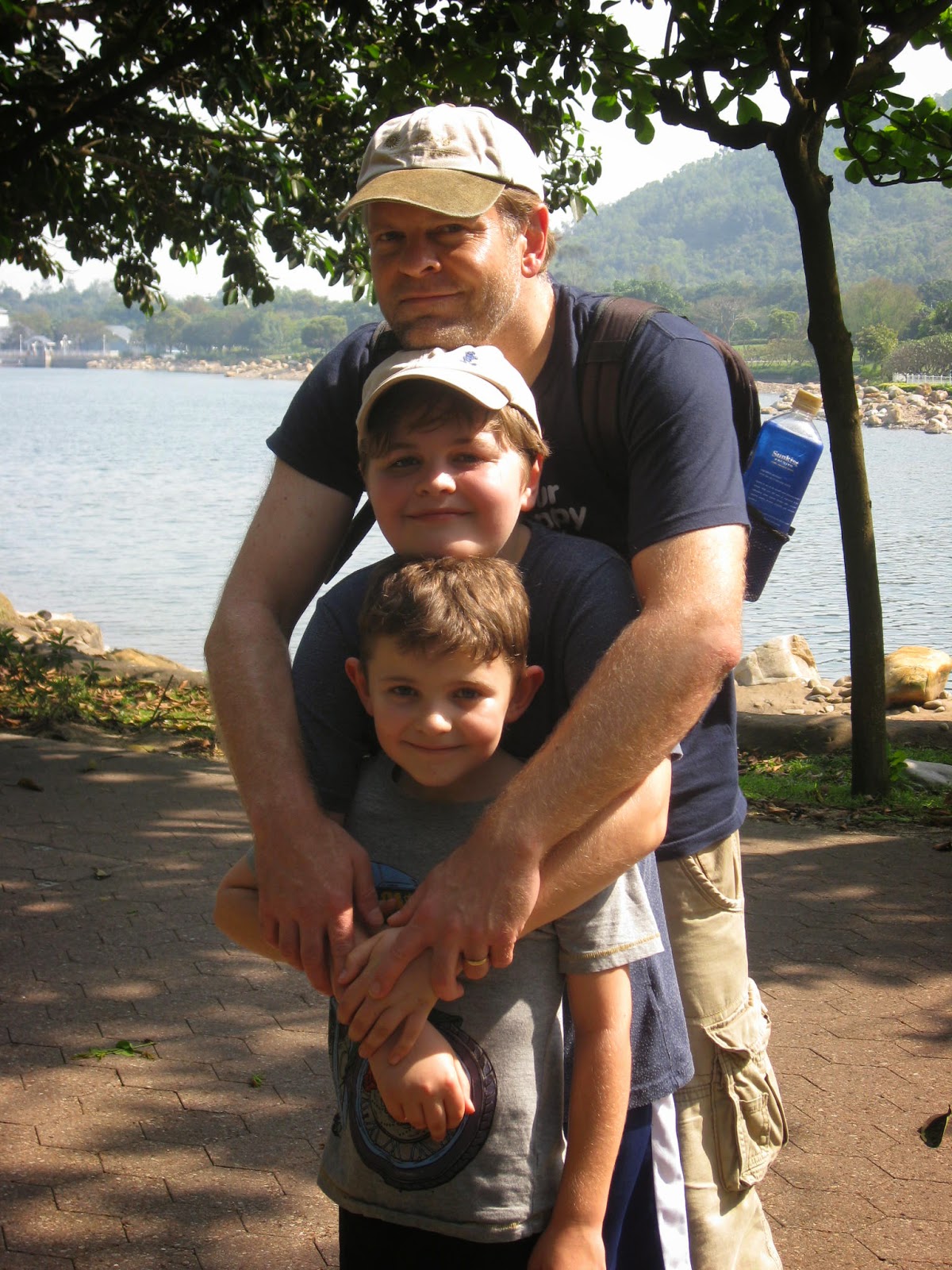 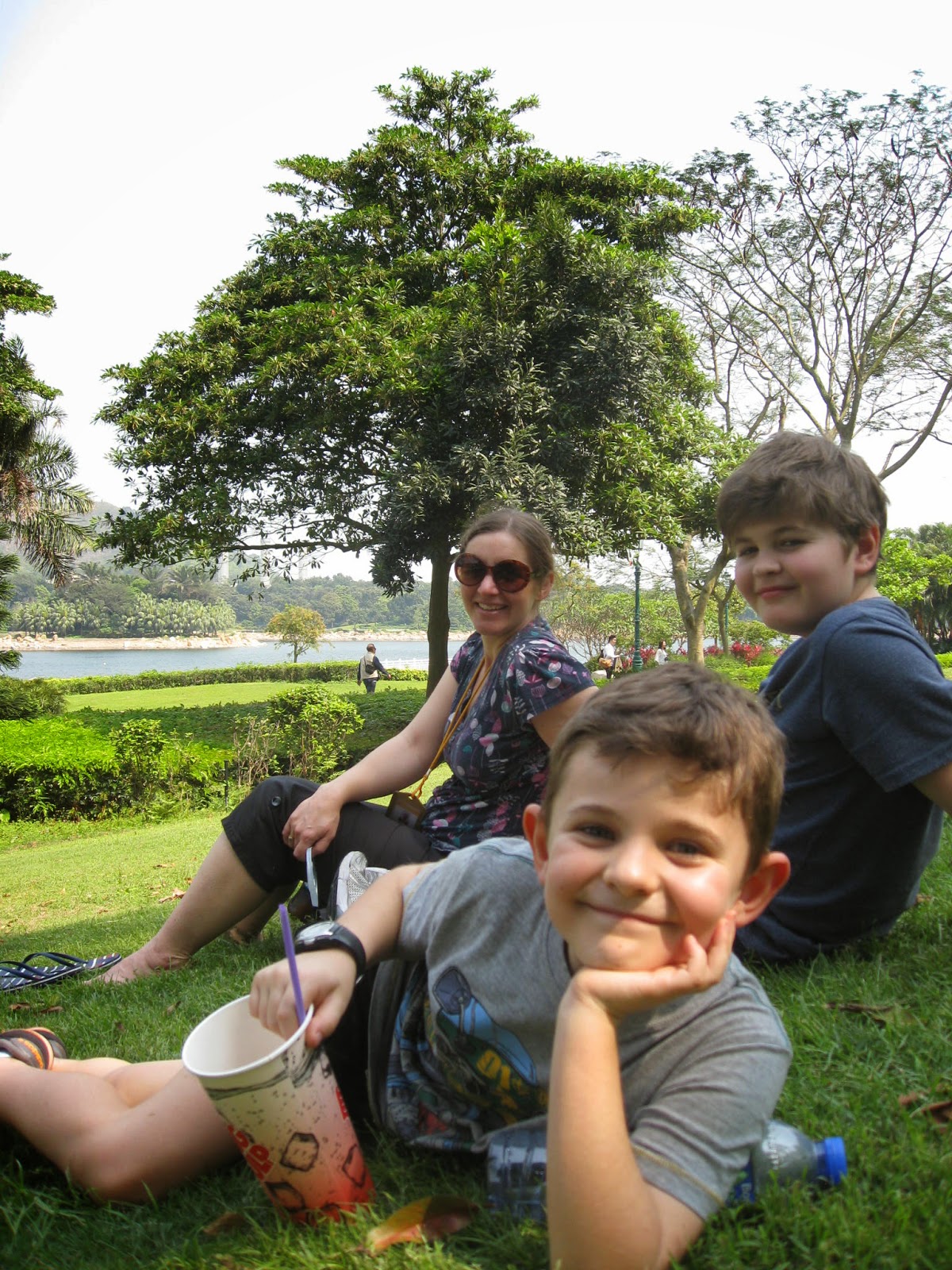