We thought we'd do another installment a bit sooner this time - but the weeks fly past, and before we know it another month has gone! Time is a funny thing!

We are doing well. It's been half term so things for me (Jo) and the boys are a bit more relaxed. Phew! Only 5 more weeks of school to go -  I haven't counted the hours and minutes but it will be a huge relief to complete the year.  I really thank God that He gave me the faith to home-school. It's been super challenging, some days have been absolutely dreadful, but we've got through them and are a lot closer as a result. I think I know my children a lot better now and they tell me that they still love me which really is a miracle! We're so proud of how they've adjusted to such massive changes. They still miss their friends a lot but SKYPE is a wonderful thing, and that's coming from Jo the technophobe! 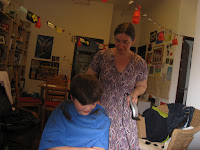 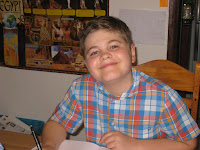 
Alec has been working extremely hard ... nothing new there!  Rotas, duties, leading worship, maintenance, driving the van and leading meetings (in Cantonese!) are a few of the things he gets up to!  It's full on. Although rewarding, some days are just a hard slog and exhausting.  However, it was really encouraging when a lady visited recently who had been here as a helper 18 years ago.  She saw guys whom she had cared for when they were broken teenagers who were now transformed men able to hold down jobs, lead congregations and are married with children. It's really important for us to keep this in mind - we are planting seeds and God reaps the harvest! We may not always see it straight away. However, small things can make a world of difference. A guy we had round for dinner can look us in the eye now and have a semi-normal conversation!  Before, he was all over the place! (He used to call me 'Lazy Monkey Girl!' but now calls me Jo!)

As we've said in the last couple of blogs we meet people whose lives are in a total mess. A few weeks ago a Nepalese guy came in. Basically, he'd drunk a chemical in order to harm himself in front of his wife who was wanting to leave him and go to a refuge with their two young children.  During surgery to fix his insides he then had a stroke which left him weak down one side of his body.  He'd then started to take drugs to help with the pain. As he went through withdrawal the pain became worse than ever and he got very agitated.  However, when he allowed people to pray for him he simply fell asleep.  He saw this as a miracle! Despite all this he decided to leave after 10 days to 'rehabilitate' at home....by himself.

PLEASE pray for him - it is literally a life and death situation.

The same day another Nepalese guy decided he wanted to leave too. We'd hoped the two Nepalese guys might encourage each other, but both began demanding to leave at about the same. Each needed attention and it stretched us to the limit. Obviously reasoning is difficult for someone in withdrawal. This second guy became physically aggressive. All hands on deck! As we prayed we saw moments of softening in him but then we'd see the walls go up and he'd ask to leave again. Eventually after some of the helpers had been hit a few times we decided that we had to let him go. Everything we know tells us that this was the drug addiction making him act this way, but in the end we are also trying to keep a house full of people safe. As he left, and we stood with him waiting for a bus, his reason seemed to return. We had a good conversation, we were able to forgive him, tell him that we loved him and that we would welcome him back when he was ready.


This was a tough day at the office ... but God can bring good out of any situation! Firstly there was a miracle related to one of the blows stuck by the Nepalese guy.  Because of the blow, which perforated an ear drum, it showed up a problem that hadn't been detected in one of the helper's ears!  In fact he'd been suffering for a while with related symptoms. The doctor himself said that it was a miracle that it showed up this underlying problem.  He's since had an operation and the hope is that his general heath will be much better.

We also had the privilege of baptising 2 of the guys from the house and one helper. It's really exciting to be involved in this especially when one of the guys has gone from being an atheist to being pro-active in telling his family what a difference Jesus has made in his life. Amazing. 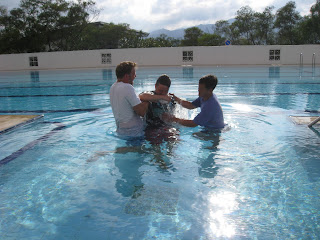 We thank God for His amazing provision. Funds at the centre were running low ... this is not something we tend to worry about as we know that if God wants this place to keep going he will provide all that's needed....and he does - because yesterday we were blessed with literally tonnes of rice! It's everywhere and 'we will not go hungry' (Psalm 34:10). Praise God!

Thank you so much for your prayers and interest! Much love from Alec, Jo, Samuel and Reuben.

P.S. We found Sha Tins 'Richmond Park' ... hilarious! Plastic grass on a roof 'garden' with pictures of dears on the walls. 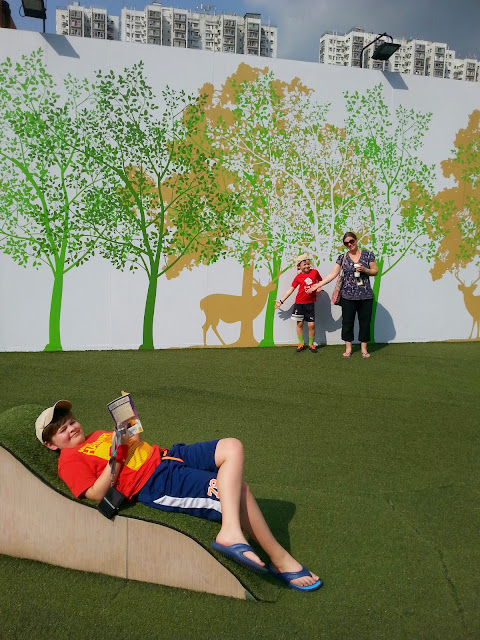 And Jo has made the online publication of the 'South China Morning Post'. Check it out on this URL:

Or there here is a snapshot off my phone if that easier for you! 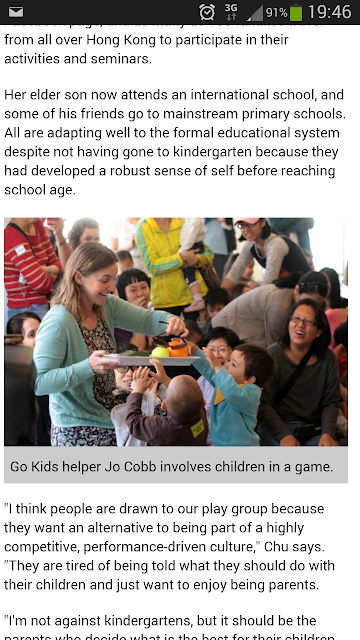